skip to main | skip to sidebar

The word of the day is “tremulous.”  The Israelites had a ton of baggage and mess-ups while on their way to the Promised Land.  One of the consequences for their lack of obedience was that a bunch of the older crowd was not going to have the privilege of entering that new land that God was going to give.  And it is worth noting that Moses was among those who would not be going with them on this new journey.  God had chosen Joshua, who was Moses’ second-in-command, to be the new leader to lead the people in.  You could imagine how young Joshua felt, knowing that after following Moses for so many years, he was now called to step up and lead. 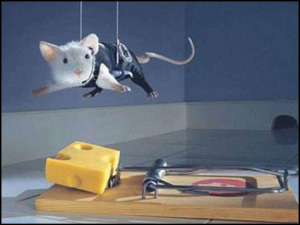 7 Then Moses summoned Joshua and said to him in the presence of all Israel, “Be strong and courageous, for you must go with this people into the land that the Lord swore to their ancestors to give them, and you must divide it among them as their inheritance. 8 The Lord himself goes before you and will be with you; he will never leave you nor forsake you. Do not be afraid; do not be discouraged.” ~Deut 31:7-9

My question is: what are the tasks in life that you have been called to do, but are sometimes unsure of your abilities?  I can only imagine what young Josh was feeling at this point.  Following a leader like Moses for so many years, and then knowing that you are next in line, and called to deliver God's people to this phase had to be a pretty crazy and somewhat tremulous time.  My prayer is that you take heart from the words that Moses gave his protégé. We have been given the opportunity to take God’s guidance to ready ourselves to be effective for Him.  Go forth today in courage!

Dr. MO
Born and raised in So Cal, MO has always felt a need to pour into the lives of others. At a young age he realized both his speaking and leadership gifts. Involvement in school student government gave him his first taste of leadership, and that was all he needed. Right out of high school, he took an intern position under his mentor of three years, and he eventually became a youth pastor. MO attended Azusa Pacific University and received a B.A. in Christian Ministries and Biblical Studies, as well as a Business Marketing Minor. He continued his education at Fuller Theological Seminary and attained a Master of Divinity degree with an emphasis in Family Pastoral Care and Counseling; he received his Doctor of Management in Organizational Leadership from University of Phoenix School of Advanced Studies. Currently MO serves in various ministries and consults both secular and religious institutions in leadership issues. he is Chaplain at Methodist Hospital in Arcadia as well as Chaplain in the US Army. MO is an author, professor, and college swim coacch. He speaks at youth camps and conferences around the nation. His goal is to add value to others daily.